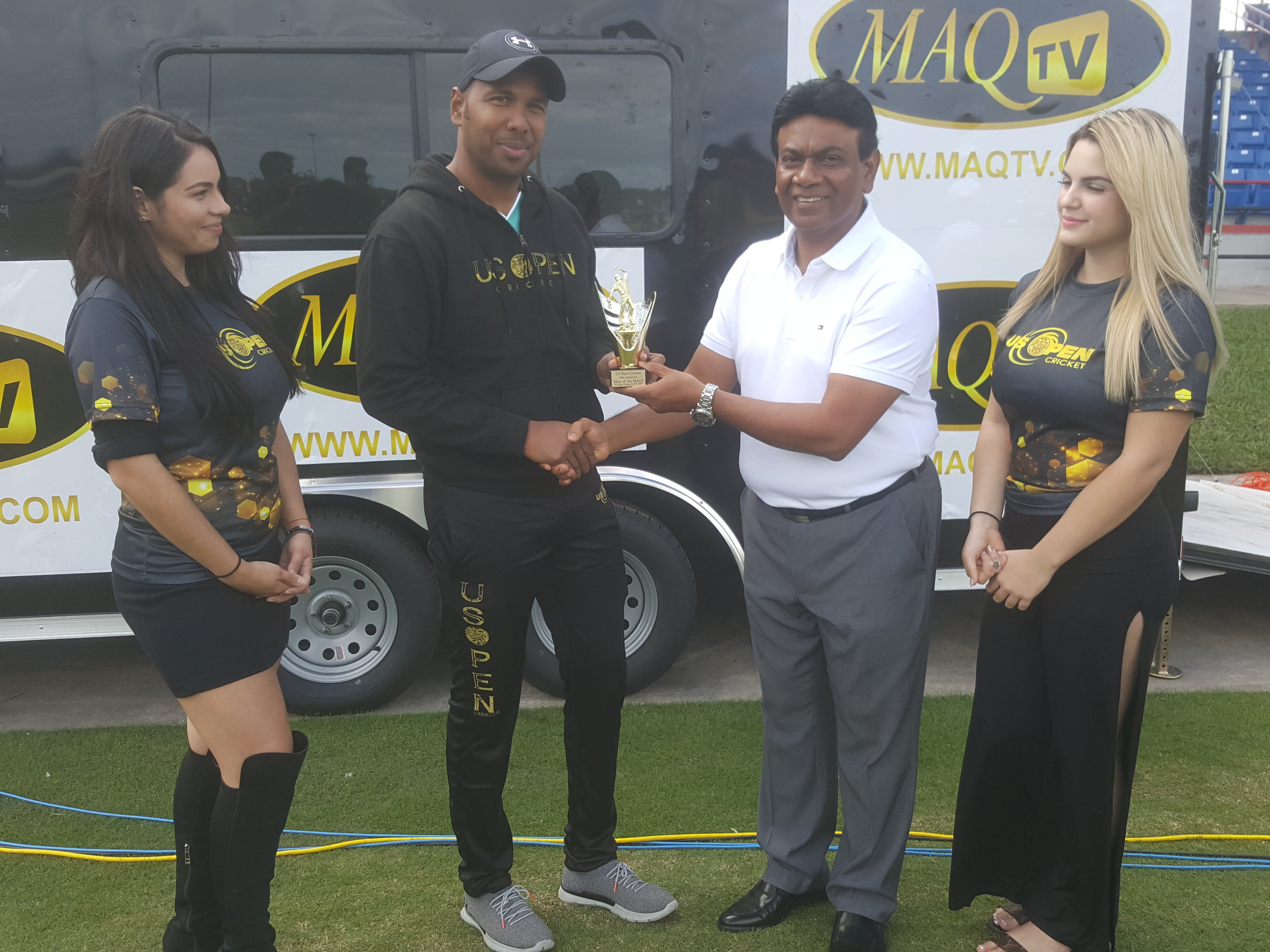 VINODE MAMCHAN:
T&T leg-spinner Samuel Badree created a world record by becoming the first bowler to take a beaver-trick in T20 franchise cricket, when he decimated UCT, UAE in the opening match of the 10th US Open T20 tournament at the Central Broward Regional Park in Lauderhill.
Playing for the US All Stars Badree snared his best ever T20 figures in getting 6/17 off his four overs, leading his team to an eight-wicket victory over the United Arab Emirates outfit.
Batting first the UAE lost two wickets in the third over to the man from Barrackpore, South Trinidad. They recovered nicely to reach 101/2 before Badree was brought on from the Southern End by skipper Zishawn Qureshi. Using the googly to good effect he sparked a collapse that saw the last eight wickets falling for 32 runs, as UAE was bowled out for 133 off 15.5 overs.
Badree ended the innings with four wickets off fours balls and became the first player in Franchise T20 cricket to achieve the feat. Previously it was done twice but in List A matches. Jamaican Andre Russell took four wickets off four balls for West Indies A against India A. Bangladeshi Al Amin Hossain did it in a domestic match in Bangladesh as well. The best of the batsmen for UAE was Vishal Patel who made 71 off 42 balls with four sixes and five fours.
Chasing 134 runs for victory, US All Stars lost the St. Lucia Stars player Jaskaran Malhotra early but Qureshi opening with him launched an attack hitting two sixes and a four in getting 23 off 15 balls.
South African Wayne Parnell then took over where Qureshi left off and smacked 68 not out off 35 balls with four sixes. The victory was formalised with the classy Hamza Tariq getting an unbeaten 35 off 18 balls, as US All Stars won the game by eight wickets.
SCORES: UCT UAE 133 all out (15.5) (Vishal Patel 71, A Faisal 26, Samuel Badree 6/17) vs US All Stars 137/2 (11.2) (Wayne Parnell 68no, Hamza Tariq 35no, Zishawn Qureshi 23) – US All Stars won by 8 wickets.
Caption: Samuel Badree collects his man of the match from US Open T20 chairman Mahammad Qureshi. Photo: Narine Armoogam/Cricket360.