Jaggessar stars as US All Stars win 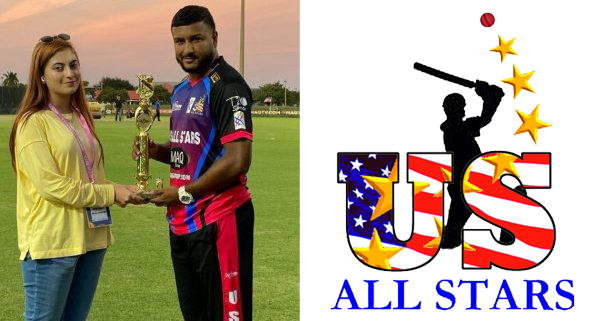 T&T off-spinner Jon Russ Jaggessar starred for his team the US All Stars as they easily won their opening match of the 2013 US Open T20 tournament at the Central Broward Regional Park in Fort Lauderdale.

Jaggessar who played for the winning St. Kitts/Nevis Patriots took 3/12 as the Brampton Pacers made 165/7 and All Stars responded with 168/2 with four balls to spare. Another Trinidadian Jason Mohammed scored an aggressive 40 and South  African Jacobus Pienaar made 43 not out to hurry the win.

Earlier, it was Jaggessar who made the early inroads to keep the Pacers honest after US All Stars skipper Ali Khan won the toss and decided to field. The off-spinner was the only bowler that was spared rough treatment as T&T’s Mark Deyal smoked 46 inclusive of three sixes and a four off 26 balls.

After Deyal’s work, Ranjeev Deol then took over to slam an unbeaten 56 off 33 balls with four sixes and one four. Shamarh Springer also chipped in with 28. Jaggessar who was adjudged man of the match finished as the best bowler with 3/12, while West Indies pacer Fidel Edwards took 2/30.

When All Stars responded they got an opening partnership of 77 runs in eight overs between former West Indies U-19 pals Trevon Griffith and Yannick Ottley. They looked in no problems as they plastered the bowling to all parts of the ground. Ottley was unfortunately run out for 30, while Griffith made a hurricane 40 with two sixes and two fours.

Bampton came back into the encounter as they were able to send back both openers but a solid half century partnership between Mohammed and Pienaar killed off their hopes. Mohammed looked particularly good in getting 40 off 28 balls with two sixes and two fours and Pienaar finished with 48 not out hitting three fours and three sixes.