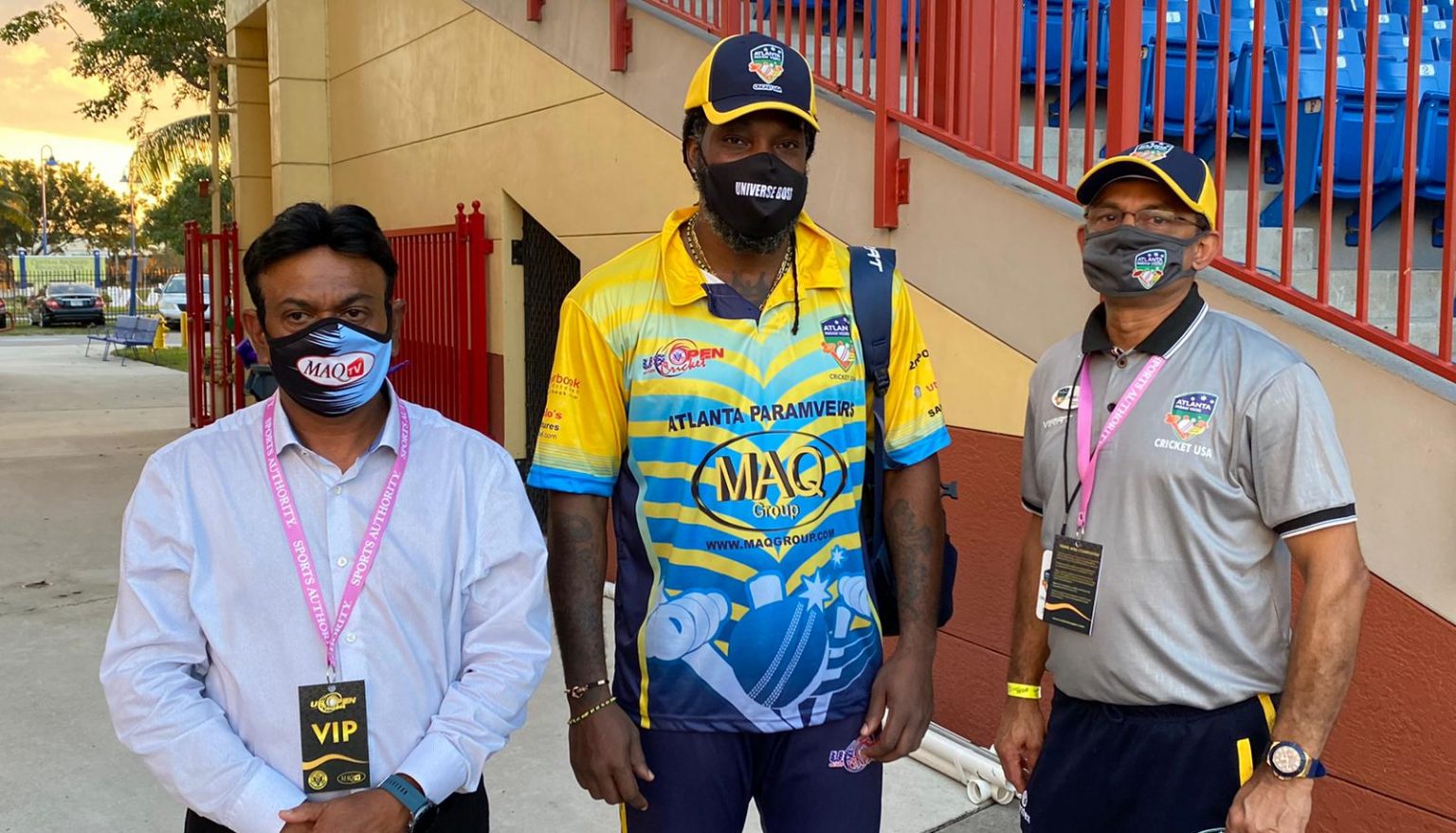 Universe Boss Chris Gayle hammered 39 to lead the Atlanta Parsm Veers to a six-wicket victory over 22 Yards on day one of the 2020 US Open T20 tournament at the Central Broward Regional Park in Fort Lauderdale, USA.Chasing 112 runs for victory, Param Veers got a good start from Gayle who cracked two sixes and two fours off 41 balls before being dismissed by West Indies leg-spinner Devendra Bishoo. However fellow Jamaican Steven Taylor then stayed to the end to ensure the victory. He counted 46 not out off 47 balls with two fours and three sixes.

Earlier, 22 Yards won the toss and decided to bat, a decision they would have regretted as the Trinbago Knight Riders pair of Akeal Hosein and Khary Pierre with two wickets apiece and former South African all-rounder Wayne Parnell’s three wickets humbled them for 111 runs.The openers Trevon Griffith and Ahad Malek posted 27 runs but things went downhill from the moment Marquino Mindley sent back the former for 11. Malek batted well with 27 from 19 balls with two fours.

However, it took a controlled 33 by Sherfane Rutherford to take the total to 111 all out. Pierre and Hosein enjoyed the slow nature of the track. Pierre took 2/19, while Hosein returned similar figures. Parnell the medium pacer also enjoyed the conditions to take 3/29, while skipper Rayad Emrit finished with 1/25.